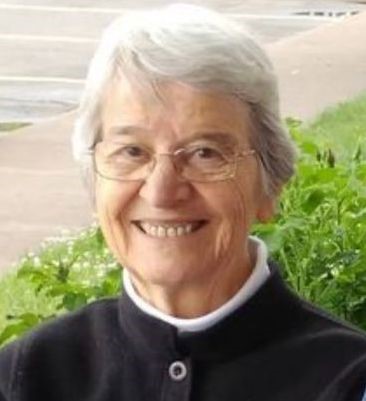 Tharen (Terri) Ida Robson was born in Minnesota to Ellsworth (E.D.) and Opal Jones. In the tradition of her parents who grew up in Montana, she was a storyteller who shared tales of the adventures she had with her brother Lawrence, sister Barbara, and Uncle Leon during her early years in Cloquet and then on the farm near Carlton.

Tharen went to Hamline University in 1949 with the dream of becoming a medical technologist, but she met her husband of 69 years, George B. Robson, and became a pastor's wife and frequently the church organist, after completing a BA in religion at Drew University in New Jersey. She later attended UW-Platteville and taught elementary music until the 1974 Hortonville Teachers' Strike. Tharen and George retired in Lodi, Wisconsin in 1992 after serving many small parishes of the Wisconsin United Methodist Church. Tharen was dedicated to the God and the church, and as a result was involved in many organizations that promote social justice (Micah 6:8).

Tharen loved music, entertaining, baking, gardening, reading, traveling and visiting museums, but most important in her life were people. Her four children, Colleen, Lynette, Mark and Eric Robson, her daughter-in-law, Heather Leach, her three grandchildren, Nathan, Anna Colette, and Heath, and granddaughter-in-law, Valentyna were at the top of the list, but she also graciously received their friends and even strangers into her home for a warm meal and fellowship or a place to spend the night. She enjoyed playing games with family and friends, as well as the solitude of working on crossword and jigsaw puzzles. Her family has many fond memories of times spent playing games such as Bocce Ball, Croquet, Cribbage, Uno, and Chinese Checkers with Nana.

She was proceeded in death by her parents, Ellsworth and Opal; sisters, Ila and Barbara; brother, Lawrence; and husband George.

"Terri became my sister in law almost 16 years ago. She and I were friends from the first minute we met. She was so easy to love. Though we didn't see each other often, it was always a joy when we did. I will miss you, Tharen. God's blessings..."