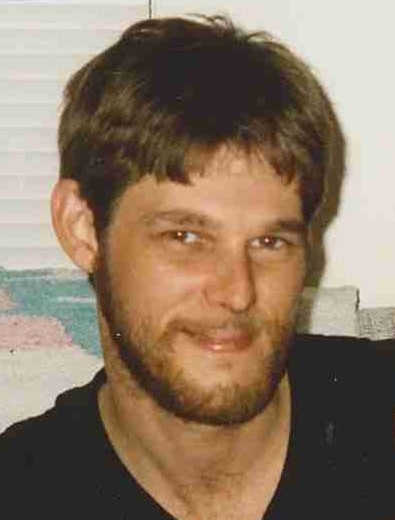 Robert was born on August 22, 1967. Bobby was a member of the class of 1985, graduating from Ames High School. After high school Bobby worked for Ames Public School Maintenance Department and as a drywaller for Slappy's Drywall in Nevada, Iowa.

In his free time Bobby enjoyed spending time with friends from his pool league, playing darts, bicycling and enjoying the conversations at his favorite 'watering hole'. He enjoyed camping with his son, Jesse, and numerous friends. Twin Acres Campground and Hickory Grove Park were a few of his favorite spots.

Left to cherish Bob's memory is his son, Jesse Whetstone, four siblings and 24 nieces and nephews and his friends.

Bob is preceded in death by his parents, Harold and Edna Whetstone of Ames, Iowa.

Memorial contributions may be directed to the Story County Animal Shelter in Bob's name.

"Bob had at least 2 other sons that are not mentioned. He, nor any of his family ever acknowledged them either. The jobs listed were not his only jobs or his longest held jobs. He dealt drugs, that was his longest held job. Besides dealing drugs, he lived off his mother. The most important things in his life were drugs and drinking, but never his kids, not even the one his family acknowledged. And this is the perfect place to post this because it tells you who the real Bob was. "

"I just met Bobby this past year. At a laundromat with one of his friends, Jon I believe. I was on my Harley and Bobby had his bike and that was our relationship. We talked about bikes a lot. Sometimes he would stop over at my house and talk about his next great bike build . He was going to build a new bike that was going to outdo my Harley. Lol. And if he didn?t, we agreed that I would tie a rope to the back of my motorcycle and pull him around town. Your free to ride forever my dear friend. With no red lights and the wind always at your back. And may the sun forever be setting in front of you. My condolences to the family. ML&R. Timothy Hayes. "

"To the family of Bobby I want to send my love and my deepest condolences and I don't want to see him as leaving but just as resting he does not have to suffer anymore and he doesn't have to go through any more pain he's within the arms of the Lord now and I'm asking God to wrap his loving arms around his child his family and his friends as we all gather together and tell Bobby you rest on until we see you again..... Vanessa Ellis #102"

"To Jessee and Bob's siblings, My toughts and prayers to you and your family. Robin Whetstone-Dravis"