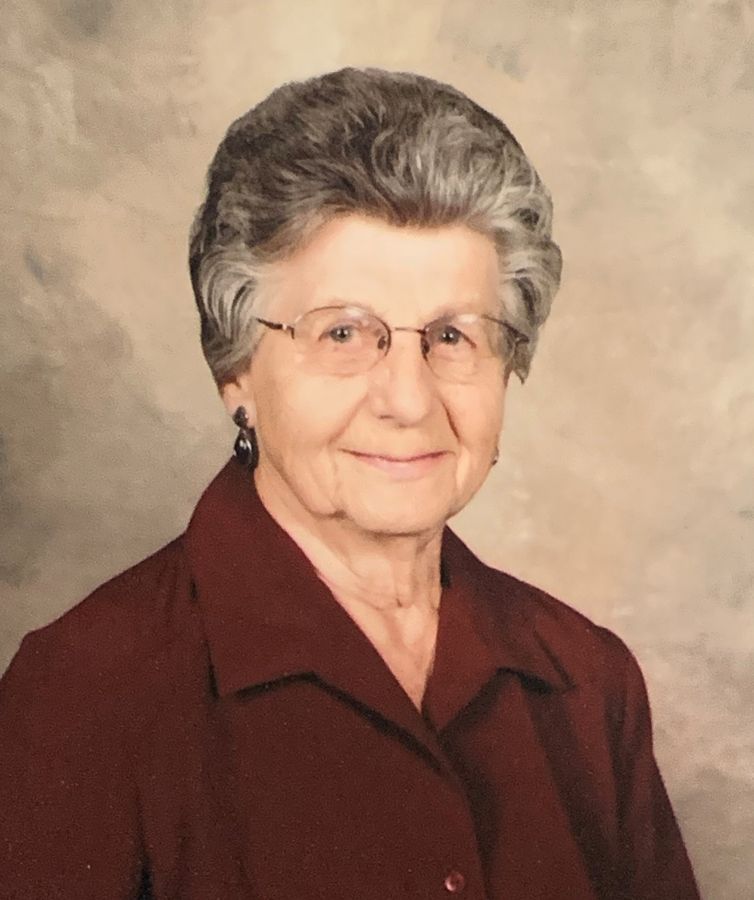 Monica V. Now, who treasured her family, her friends, her community, and her church, died January 19th under hospice care at the Homme Home of Wittenberg. She was 93 years old.

Monica was employed at Sheldon's, Inc. in Antigo for over 26 years and was a longtime Aniwa poll worker, assisting at countless elections. She was active throughout her life at St. Boniface Catholic Church in Aniwa, serving as president of the Christian Mothers Altar Society, and staying involved in a variety of church functions.

As a rural mother, she naturally became involved in the 4-H program, guiding the sewing project for the Aniwa Go-Getters. A gifted seamstress, her daughters recalled that she only had to see a photo in a magazine, and she could recreate it on her home machine. Her daughters wore many outfits designed by their mother over the years. She also enjoyed making beautiful quilts for her family.

Monica delighted in her rural home. She nurtured a large garden filled with flowers, tomatoes, and other vegetables, which she started early in springtime on her sunporch and waged war on the furry varmints who dared to raid it. She was an avid birdwatcher, with an identification book always handy. She also enjoyed cooking, baking, and collecting angel figurines. She was known for her delicious pies made from her fresh picked berries and apples.

In addition to her parents and husband, she was preceded in death by a granddaughter, Jessica Aulik; son-in-law, Robert Stimac; and numerous brothers and sisters.

Monica's family would like to offer a special thanks to the attentive staff at Homme Home, especially her niece, Paula; and Haley and Courtney, nurses with Aspirus Palliative and Hospice Care.

"I always loved seeing Monica, she was always smiling and happy. My sympathy goes to her family who will miss her. Love and prayers??"