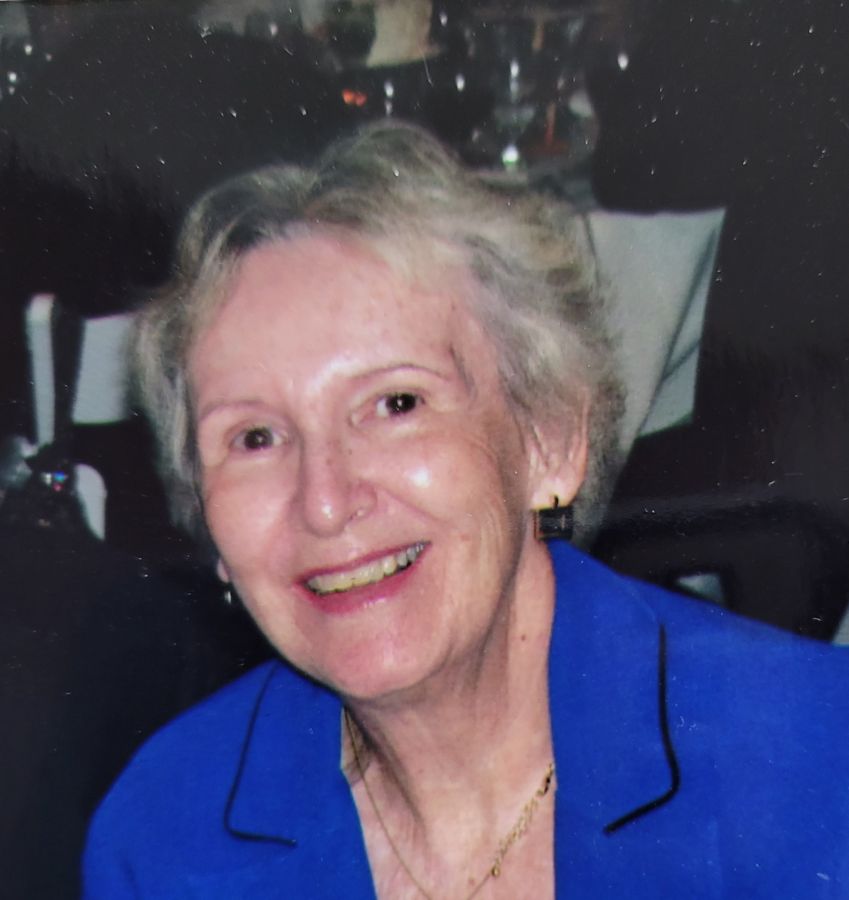 Born in Newport, she was the daughter of the late Catherine (Goldie) and Guido Monticone, owners of Monticone Variety located in Market Square.

Barbara was a graduate of St. Catherine's Academy and a graduate of the Newport Hospital School of Nursing where she became a Registered Nurse. She worked for more than 30 years at Newport Hospital, primarily in the Intensive Care Unit. Following her retirement, she helped to screen patients at Specs Eyecare, the offices of Dr. Peter Eudenbach and Dr.'s Alessi & Katherine Rispoli in Middletown. Following her second retirement, she continued working for several more years at the Newport Public Library.

She was an active member of The Alumnae Association of the Newport Hospital School of Nursing and an active member of St. Joseph's Church in Newport where she had served as a member of the Liturgy Committee and the Ministry of Consolation & Visitation. She was a board member for the Henderson Home in Newport. She enjoyed reading, golf and visiting Fort Adams and the Ocean Drive.

Barbara's greatest joys came from spending time with family and friends. She cared deeply about all of them and loved to share life's stories, reminisce and just connect. She was a beautiful soul who was thoughtful, kind and caring.

Barbara is survived by her son Peter Mureddu, wife Kristy and grandsons Matthew and David of North Kingstown, her daughter Catherine Mureddu of Newport, her sister Kathleen Sylvia of Newport, her many nieces and nephews, her lifelong and dearest friends Joan Coughlin of Newport, Renie (McCarthy) Tharp of Nevada, & Sheila (Croughan) Chenard of Virginia.
She is preceded in death by her beloved Louis Mureddu, with whom she had been married for nearly sixty years, her sisters Joan Monticone and Gail Heap, her brother-in-law Michael Mureddu and his wife Sylvia Stoun, her sister-in-law Catherine Mureddu, and her lifelong friend Elizabeth "Tucky" Mahoney.

Visiting hours will be on Wednesday, January 25th from 4:00 pm to 6:00 pm at Memorial Funeral Home 375 Broadway, Newport.

A Mass of Christian Burial will take place on Thursday, January 26th at 10:00 am at St. Joseph's Church, corner of Broadway and Mann Avenue in Newport. Burial will follow at St. Columba Cemetery, 465 Brown's Lane, Middletown.

Donations may be made in Barbara's memory to St. Joseph's Church, 5 Mann Avenue, Newport, RI.

"On behalf of all of Pete Mureddu's friends and colleagues at TIAA, we extend our condolences to the family. Through conversations with Pete, we know how much Barbara meant to everyone. May she rest in peace. "

"To Barbara?s family, so sorry for your loss. We were classmates at Newport hospital school of nursing. Barbara was president of our class, she never said a bad word of anyone, a wonderful friend and nurse. I?ll miss her at our class getogethers. Rest In Peace. Ann Sebastian Johnson "

"ON BEHALF OF THE MURPHYS OF NEWPORT, CONDOLENCES TO ALL THE FAMILY ON THE DEATH OF BARBARA. PAR EXCELLANT!!!!"

"To Barbara's Family, My sincerest condolences for your loss. Barbara was a lovely lady and a wonderful nurse. I worked with her for many years and served with her on the NHSN Alumnae board. My thoughts and prayers are with all of you during this difficult time."

"Dear Catherine PeterAnd Families My thoughts. an prayers are with you all at this sad time! Your Mom was a lovely lady it was so nice knowing her all these years"