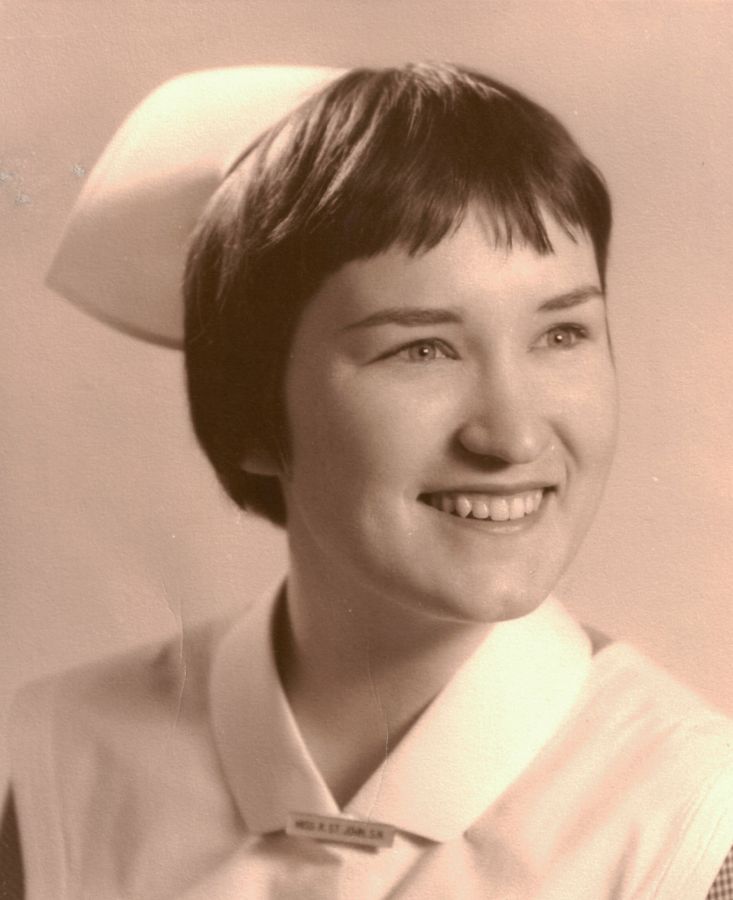 On January 21, 2023, Kathleen Williamson (nee St. John) of Runnemede, age 81, passed away peacefully at home. Her children, Robert T. Williamson and Susan McFadden (Andrew), both of Runnemede, and her surviving siblings, Elizabeth St. John and William St. John (Rita) were at her side. She also is survived by her grandchildren, Elizabeth and Andrew McFadden, as well as many nieces and nephews. She was predeceased by her husband of 37 years, Robert J. Williamson, and by her siblings, Geraldine Harkins (Charles), Donald St. John (Maureen) and Arthur F. St. John, Jr.

Mrs. Williamson attended St. Francis Hospital School of Nursing and later earned her bachelor's degree at Stockton State College. She spent a 48 ½ year career as a Registered Nurse, Certified, in labor and delivery at Cooper Hospital in Camden, NJ. Her tenure, which spanned from 1962 to 2011, included five years in the 1980s as a nurse manager. She was so well-respected by her fellow nurses and the doctors with whom she worked that, at her retirement dinner, one of the doctors noted that he would tell residents: "after a year here you'll know as much as the nurses, except Kathy Williamson."

In 1999 - 2000, concerned about Cooper's plans at the time to rotate nurses throughout the hospital and the potential detrimental effect on patient care, she was instrumental in helping bring the Health Professionals & Allied Employees, AFT, AFL-CIO to Cooper. She participated in negotiations for the first union contract with Cooper.

In her personal life, Mrs. Williamson enjoyed family vacations to Cape Cod. She traveled extensively throughout much of the United States and Europe, as well as to South Africa, Egypt, Russia and Vietnam. She enjoyed both the theater and dining out with family and friends and had a long list of favorite restaurants. Most of all, though, she enjoyed being a loving, warm and caring wife, mother, grandmother, sister, aunt and friend. As one of her doctors said to her children shortly before she passed: "the world will be a colder place without your mom."

There will be a viewing Thursday evening 7 to 9 pm at GARDNER FUNERAL HOME, RUNNEMEDE and 10 am to 10:45 am Friday at St. Bridget's Roman Catholic Church, 125 Church Street, Glassboro, NJ 08028.

Funeral Mass 11 am in Church.

In lieu of flowers, donations may be made to Juvenile Diabetes Research Foundation, 555 Croton Road, Suite 111, King of Prussia, PA 19406 (https://www.jdrf.org/greaterdelawarevalley/).

"She was a wonderful woman, an excellent nurse and a valued colleague. I was very sorry to hear of her passing. My condolences to the family."

"To Kathy?s loved ones, I send my deepest sympathy in the loss of your beloved Mom, Grandmom, sister, aunt, and friend. Kathy was a joy to know during my tenure as a fellow Cooper nurse and, after retirement, co-member of our Cooper OB nurses? luncheon group. Kathy was a marvelous, very intelligent nurse and possessed of a wry sense of humor that her friends & colleagues enjoyed tremendously. She will be sorely missed. In sympathy, Jane Faris"

"Sending prayers to Kathy?s family. I will never forget her kindness and expertise when I was in labor with my son 42 years ago.She went above her duties to make my delivery as easy as possible. She was a special angel. Jean Bush "