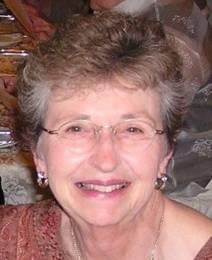 Dorothy Jean Paulson, 76, formerly of Davenport passed from this life on Wednesday April 8, 2009 at the Israel Family Hospice House in Ames, Iowa. Celebration of Life service will be held at 11 a.m. on Friday, May 1, 2009 at Ames United Church of Christ Congregational. In lieu of flowers, memorial contributions may be made to the American Cancer Society or Homeward Hospice.
Dorothy was born June 22, 1932, the daughter of J. Bryan and Anna J. (Porter) Penn in St. Louis , MO. She graduated from Beaumont High School in 1950, and continued her education at Iowa State University , where she met her husband, Ivan, and graduated with a degree in Textiles and Clothing in 1954. She married Ivan W. Paulson on September 4, 1954 in St. Louis . She received her teaching certificate in 1965 from Chico State College in California . She later received her MA at Western Illinois University . Dorothy taught sewing, child development and consumer science courses at Bettendorf High School for 29 years, retiring in 1994. She was an accomplished seamstress, creating beautiful outfits for her granddaughters and numerous memorable quilts and needlework projects for family and friends.
Dorothy was very involved in her community. She was a member of Edwards Congregational Church in Davenport , American Cut Glass Association, former Friendship Force member, PEO HO Chapter, Iowa State University Women, and Iowa State Alumni Association. She was an active ISU Cyclone fan, and could frequently be found at Hilton, cheering on the ISU basketball teams, after moving to Green Hills Retirement community with her husband, Ivan. Dorothy loved to attend their granddaughters' sporting events-track, basketball, golf, tennis, and cross country, with Ivan. She was her granddaughters' greatest fan and advocate, frequently sending both friends and the media reports about her grandchildren's' accomplishments.
Those left to honor her memory include: Ivan Paulson of Ames, IA, Gaylon Paulson (son) and his wife Janet of Ottumwa, IA, Bruce Paulson (son) of Pleasant Valley, IA, and five granddaughters, Susan Paulson of Kauai, HI, Anna Paulson of Minneapolis, MN, Katie and Kristin Paulson at ISU in Ames, IA, and Sarah Paulson at Central College in Pella, IA.
Grandon Funeral and Cremation Care is assisting the family.