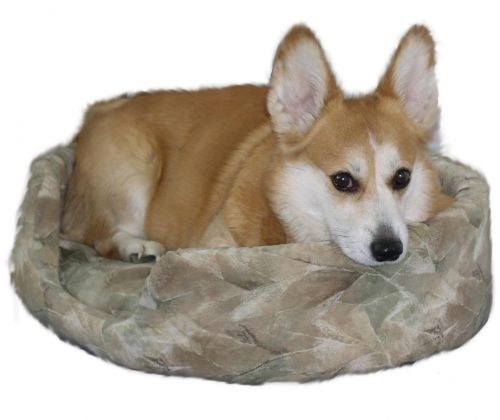 Mac Clock, age 11 died on May 2, 2011. Mac - short for "Mackenzie" was a Pembroke Welsch Corgi who was full of personality. In his younger years he was full of fiestiness and loved to play in the backyard, talk to the neighbors dogs and run up and down the fence line, and play catch while slipping and sliding on the hard wood floors. As he got older, he acquired a step brother Max - a sheltie along with 3 cats Bonnie, Tink and Yama. One of his favorite pass times was barking and chasing the squirrels, herding is human family and eating biscuits. Mac was really a one family dog and protected and loved each family memeber, human and 4 legged. Max, his step brother proceeded him in death. He leaves behind his human parents Dale & Jodi Clock, sister Kellie, brother Brett, and furry siblings Lucy, Dutchess, Bonnie, Tink and Yama. Mac was the first pet to be cremated in Clock Timeless Pets newer retort, now named the "Mac" after him. Last but not least, Mac had many talents - one of his best was singing every Sunday morning with the CBS Morning Show when the Trumpets played. He had a bravodo that was timeless. We all miss Mac, however we really miss his singing!