Our Journey from IBM to the Funeral Profession

How did two IBM engineers end up working with funeral homes? We get this question a lot, so allow me to share our journey with you.

Growing up in Webster City, Iowa, I was familiar with the funeral home. My good friend, and best man in my wedding, Scott Erickson was the son of the owner of Foster’s Funeral Home. Stopping by the funeral home was just a normal part of life. My dream growing up was to become a marine biologist, so I never dreamt that one day transforming funeral service would become my passion.

Once I realized there weren’t any jobs in marine biology, I decided to become a computer engineer. After college in 2004, my career led me to Rochester, MN where I became an engineer for IBM. My time at IBM was incredible. It challenged my creativity, problem solving and inspired innovation. It was at IBM where I met Zack Garbow, my Funeral Innovations’ co-founder.  We shared a passion for innovation and an entrepreneurial spirit.

During my tenure at IBM, my friend Scott was attending mortuary college in Arizona. Scott worked in Arizona after graduation, but then decided to come back to Iowa to help with the family business. His transition opened my eyes to an opportunity to help funeral homes. Scott would mention how far behind his family business was with technology. As I computer engineer I knew what was possible and felt like we could bring something new to funeral service. I just wasn’t sure exactly what the solution was. 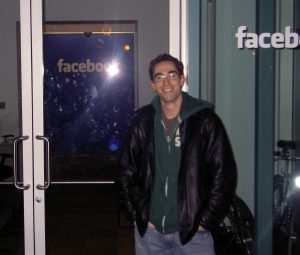 In early 2008, Zack left IBM to attend Y Combinator, a startup accelerator, in Silicon Valley. During his time in California, there was a startup called Facebook (you may have heard of it) that was creating a lot of buzz. It was transforming the way people were communicating and caught his attention.

When Zack returned from California, we continued our conversations and believed that if Facebook truly grew into what we knew it could, it would transform funeral service.  This was the solution we could bring to funeral homes to prepare them for the future. With that vision, I left IBM in fall of 2008 and Funeral Innovations was formed. I moved back home to Webster City and moved in with my parents.  I promised them we had a great idea and it would only be 6 month max.  Well, I lied.  It turned out to be 3 years of rooming with my parents, but I wouldn’t trade it for anything today.

After two years of being persistent, we were given a break in 2010 to present at an ICCFA convention.  It was this conference that Funeral Innovations changed forever. Zack spoke about improving your funeral home using technology, including SEO and social media. Very few people in the profession had much experience with technology at the time, and his talk really struck a nerve and created buzz.

After the ICCFA convention, we were able to join forces with many innovative firms like Fred Hunters, Urban Funeral Home, and Clock Funeral Home who helped us continue to build our vision together. We are thankful to this day for these firms taking a chance on us and believing in us.

Thankfully, we stuck with it.  Year after year, funeral homes continued to realize the need to have a presence on Facebook. Several factors helped us by forcing funeral home owners to change. Smart phones allowed consumers to get information easier than ever before, cremation rates were impacting funeral homes’ profitability, and a lack of education led consumers to not fully understand the scope of services provided.  Our vision of Facebook helping funeral homes connect with their communities quickly became a reality.

Fast forward to today, we are continuing to push forward and position ourselves as the technology leader in the funeral profession.  We now have over 500 firms we work with daily, and growing. We were the first to present how Facebook can help the funeral profession, so while others are looking at how to post content effectively and thinking about leads, we are years ahead onto how your website, email and social media can become a turn-key marketing engine for your business.

We are grateful to everyone who has helped these two IBM engineers follow their dreams and help you better serve families. 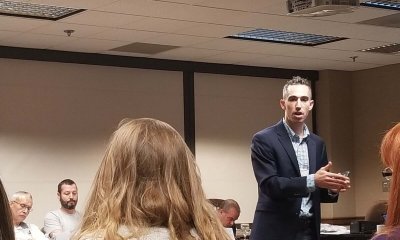 7 Tips for Funeral Homes to Get More Engagement on Facebook 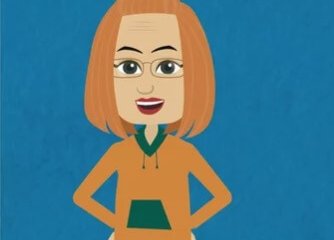 When the need arises will your funeral home be the one they call? Not sure? We can help.