How social media can help save your funeral home

It’s probably something you don’t think about too often.

As a funeral home owner, thoughts cross your mind about losing business to competitors, what will you do with the business when you retire, how else can you serve your community, etc. but the problem that Dale and Jodi Clock faced this past winter is every owner’s nightmare.

When the news came out about Thomas Clock’s funeral home, unfortunately Dale and Jodi’s company was right there in the spotlight as well, even though they weren’t affiliated. Name association alone left them to fend off negative ramifications from what happened.

Dale and Jodi needed to do some serious damage control, fast. People were calling frantically asking to pull their preplanning contracts and go elsewhere. Social media was buzzing about what had happened, and the name Clock Funeral Home was all over the news. Their reputation was getting muddled with that of Thomas Clock’s. 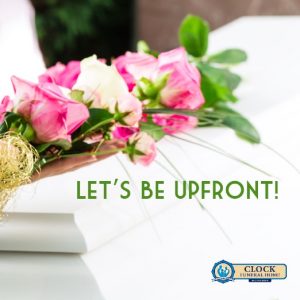 Dale and Jodi jumped into action. They chose to host a few open houses, sent out an email newsletter explaining the situation, spoke with local newspapers and television stations that asked them to comment, and chose to educate the community on who they are, heavily through Facebook. They wanted to reassure everyone that they could still be trusted in the community as professional, funeral care providers.

Here at Funeral Innovations, we created custom posts for Dale and Jodi as they worked to rebuild their reputation. Through the Social Media Copilot, we boosted these posts within the affected cities so they would be seen by more people in the Whitehall community. We helped ensure the Clocks ‘ reputation be restored by reaching the right people with the correct message.

Pictured above is one example of the posts we created for the Clocks, accompanied by more information regarding their firm and the opportunity to call for more information (click here to see this Facebook post, its reactions and comments).

We also created and boosted some custom posts to promote the open houses that they decided to hold. Facebook is a great tool to help get the word out about upcoming events – and we helped them use it wisely. You can see the spike in the amount of people reached through their Facebook page during the time the posts were boosted (see image below). 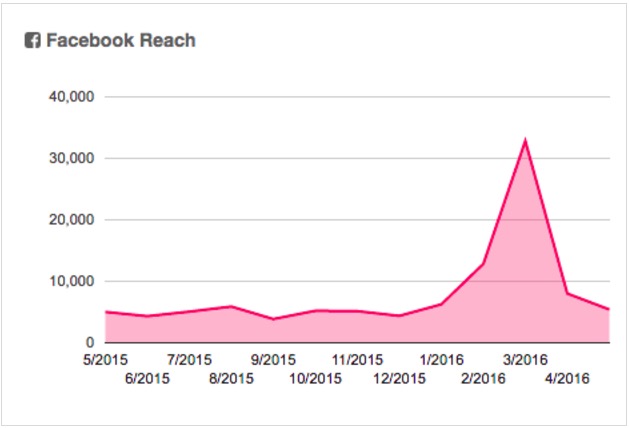 “Within two weeks of the whole thing coming out in the press, we held an open house in the community at a church and it was primarily Facebook that advertised. Facebook got it out there and it took off. It got shared a lot,” said Dale.

Dale and Jodi were happy to use Facebook to share their message. Dale noted, “It would have cost us a fortune to put that kind of news out” referring to traditional forms of media.

Jodi, who is the more Facebook savvy of the two, wasn’t nervous to use Facebook as the main source of education in this situation. Even before the bad news hit the media, Jodi and Dale had decided to start educating their community on the difference between their funeral home and Dale’s cousin’s business. Jodi remarks, “I had seen such a huge response of support with Facebook once we put it out there… I felt that both Dale and I were united – we couldn’t get the word out fast enough on Facebook.” The work they’d already done, in part by our Social Media Copilot, to build their Facebook community, helped in setting the facts straight in this time of crisis for their business.

Jodi did a fantastic job to stay on top of the comments received on posts. She answered questions and redirected any doubts.

The Clock’s put out an email newsletter that was an informal, personal letter to their families explaining the situation. They stated the facts to alleviate any doubts but also shared their emotions. It didn’t feel stuffy or overly formal (you can read the letter here). They sent it out through our Email Copilot, which already housed hundreds of email addresses from their customers. 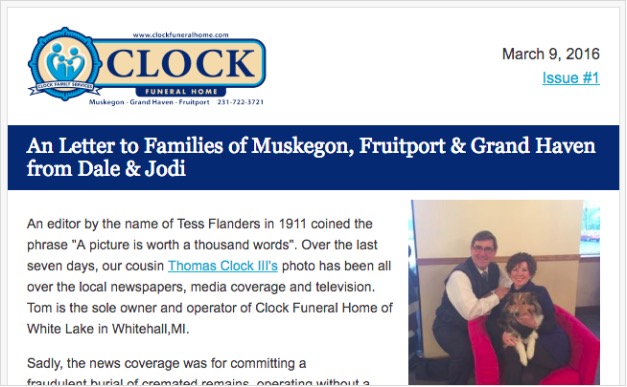 We wanted to share the Dale and Jodi Clock story because we all can learn from it. When bad news strikes, all defenses must go up, including social media. It’s not just an option anymore to be on social media, to post when it’s convenient. In this case, and many similar cases where reputations are broken, it’s important to reach out on the most effective platforms.

In our industry, Facebook needs to be taken seriously, as a source people turn to for information. 63% of Facebook users get their news on Facebook, a 17% increase from 3 years ago, according to a recent study by Pew Research Center.

For the Clocks, social media has done them lots of good in the past years. This situation was no different. They reacted quickly, knowing how fast social media works, and were able to help themselves…and even thrive! Their choice to proactively speak out to their community on many media platforms really helped them overcome this potentially crushing incident.

When we asked the Clocks their advice to others in the industry, Jodi offered, “Make your Facebook page interesting and a place others want to follow…you’ve got to be relational and talk about what’s going on it the community. Let them know who you are.”

Dale added, “Be transparent, be straightforward, don’t be afraid to put out your feelings and tell what you provide. If you’re too straight-laced, if you come across as a business you’ll come across too stiff. Facebook allows you to be more open and more personal.”

Kudos to the Clock’s who really did a fantastic job! 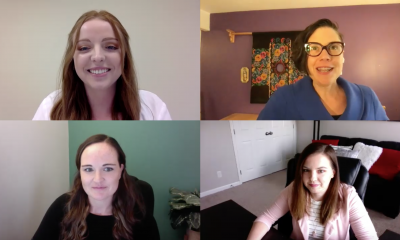 Our Creative Team on dos and don’ts of content