Earlier this year, Facebook released a huge change to their product, with a redesigned “Like” button called Reactions. The Like button has always been a core part of using Facebook, providing people an easy way to show which posts they enjoyed, while giving positive feedback to the person or brand who posted it. However, Facebook recognized that people wanted to express more emotions than a simple “Like” could handle, which resulted in the release of their much anticipated Reactions feature.

Now in addition to “Liking” a post, you can choose among other universal emotions, such as “Love”, “Laugh”, “Wow”, “Sad” and “Angry.”

Reactions seem to be a perfect fit for funeral home’s Facebook posts. For instance, previously if you posted an obituary on your funeral home’s Facebook page, your followers were conflicted in how they expressed their support. Do they click “like” on your post, even though somebody’s death is obviously not something that’s not at all likable? As a result, many people did not interact with obituary posts at all. 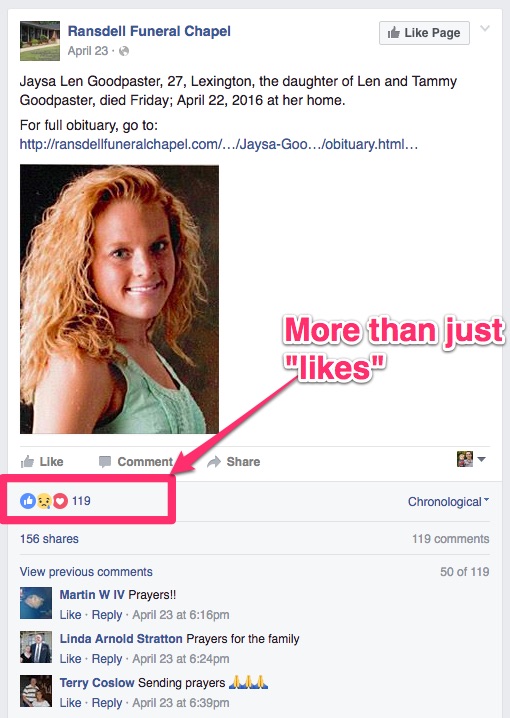 Now, it’s much easier to express support for a funeral home’s post. We are seeing the use of many different reactions in response to obituaries and other funeral home’s posts, such as Sadness, Love and Anger, like in the obituary shown above.

By all measures, it appears Reactions have been a huge success for Facebook. As you continue to post to your funeral home’s Facebook Page, keep an eye on the different reactions your posts are eliciting. They provide a key insight into how strongly people feel about your posts, which can guide your strategy to continue posting content that generates an emotional response in your community. 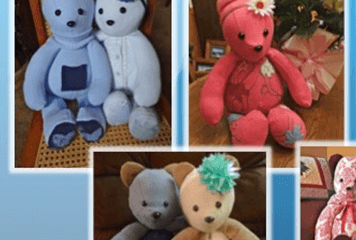 Expand Your Online Gift Giving Options to Include In-House items 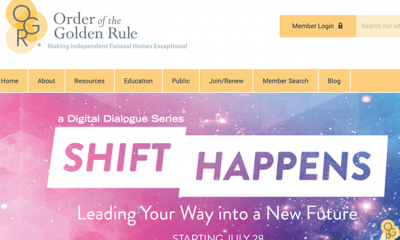 Pivot and prevail WEBINAR: Sign up for our webinar through Order of the Golden Rule 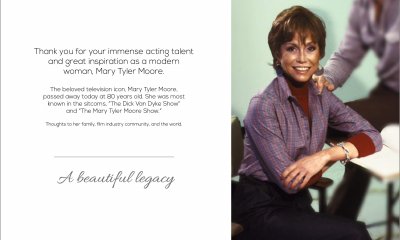